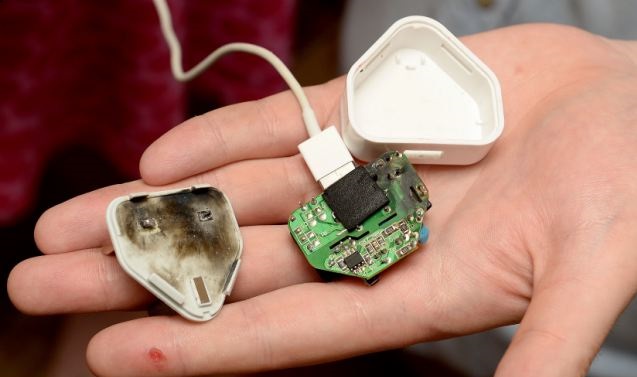 We recently teamed up with BBC Watchdog to investigate high street stores and online marketplaces to find and put dangerous phone chargers to the test. Our results found that many of these retailers were selling substandard chargers that could potentially harm your phone and even lead to electric shocks.

Many of the chargers we tested were not meeting necessary safety standards and were manufactured in a way to cut costs and replicate the real deal. This meant that weaker materials were being used and in some cases, fuses were overlooked. This is a major hazard for chargers as poor components could result in a serious electrical shock, injury or fire.

One such person who has witnessed the dangers of dodgy chargers is Leicester based Shannon Penn. Shannon was gifted a phone charger by a friend from a market place in the city. Not long after plugging it in she was shocked to see the charger explode, burning the mains socket in her home (see image below). 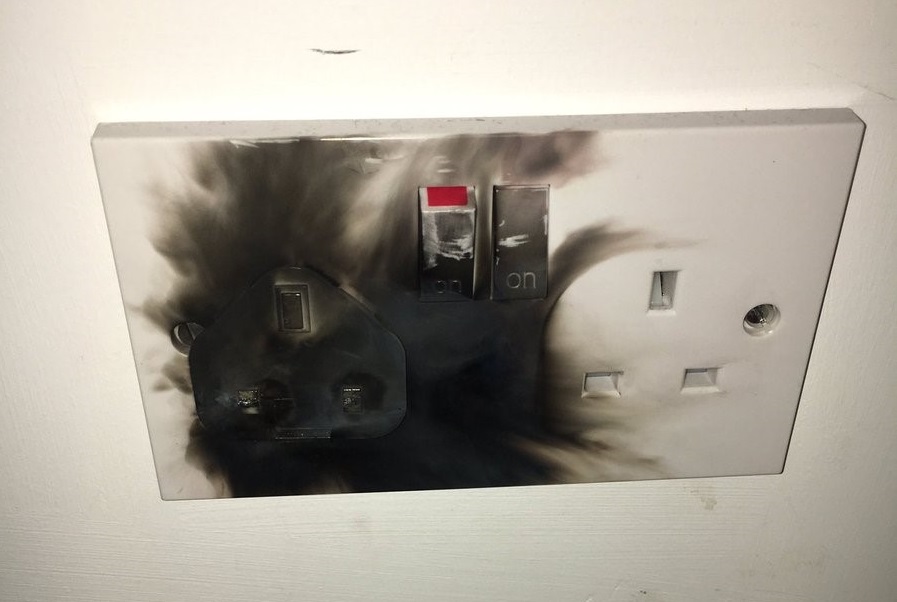 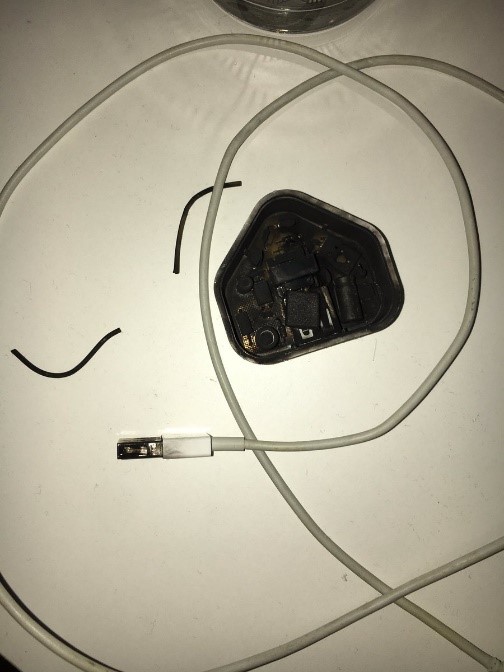 “I wanted another charger for my phone, something that didn’t break the bank balance,” Shannon told us. “I was terrified to see what had happened to it when I plugged it in. I could smell the burning and then there were sparks and it just exploded. I was shocked to see just how damaged the charger was as well as the socket on the wall. I was incredibly lucky that I was at home at the time, had I not been there to act quickly something far worse could have happened.

“I saw the Watchdog Live investigation into dangerous phone chargers and was shocked to see this is a real problem. From now on I’ll only ever been buying a phone charger I know is safe from a reputable retailer.”

This is sadly not an uncommon occurrence with substandard phone chargers. Our research has found that 98% of fake iPhone chargers had the potential to cause a lethal electric shock or start a fire.

For more information on how to safely buy chargers visit: https://www.electricalsafetyfirst.org.uk/guides-and-advice/electrical-items/chargers/

Shop smart and safe this Christmas

As Black Friday, Cyber Monday and Christmas looms closer, many people are starting to head online to...