The Dangers of Microwaves

Microwaves are one of the most popular household appliances in the UK. With more than half of all accidental house fires starting in the kitchen, it’s important that you take special care to avoid the dangers.

How do microwaves work?

The microwave contains an electron tube called a magnetron, which produces electromagnetic radiation with a wavelength a little shorter than a normal radio wave (which is why it’s known as “micro”).

The non-ionizing (meaning it can't directly break up atoms or molecules) microwave radiation passes through food, causing the water molecules in food to vibrate, which ultimately produces the heat that cooks the food (which explains why ingredients with a higher water content such as vegetables cook faster).

Domestic microwaves have been used since the mid 1950’s. Since that time there has been no credible evidence to suggest they are in any way harmful to human health in normal use.

The risk of injury from microwave radiation is effectively non-existent. The main danger a microwave poses is fire resulting from misuse or malfunction.

There are a lot of myths when it comes to the dangers of microwaves. We’ve answered some of the most frequently asked questions that you might have about your microwave.

Is it true that microwaves leak radiation?

Yes, it’s true that some microwaves do leak radiation. Whilst radiation is a brilliant way to heat food, it’s not great for humans. But don’t panic just yet…there are strict limits on the amount that can leak from a microwave oven throughout its lifetime. You may not already be aware that other everyday items like your laptop and computers leak electromagnetic radiation, too and don’t harm us. Like the microwave the levels of leaked radiation is far below the amount known to harm people.

If you’re still not satisfied, it’s important to note that the level of exposure dramatically reduces as you move away from a microwave oven. If you want to be extra cautious, you can simply stand away from it whilst it’s on. In the worst case scenario, microwave radiation at these power levels would result in a mild warming effect, if anything.

Can I put metal objects in the microwave?

Unlike plastics and ceramics, metals reflect microwaves (which means they can’t pass through). So if you put your microwave meal in a metal dish, it won’t allow it to heat up correctly. Thinner pieces of metals, for example foils, can act as an antenna, which can create sparks. This is extremely dangerous and could cause your microwave to set on fire.

It’s essential you remember not to put them in your microwave.

Can I put plastic objects in the microwave?

You should only ever microwave things which clearly state that they are microwave safe. Do not use any containers, foam trays or any plastic storage bags that are not specifically designed for microwave use. This is because they could melt and cause damage to you and your appliance. It’s also important to be aware that some microwavable plastic containers specify a maximum continuous exposure time, so always check the label or contact the manufacturer for clarification.

If in doubt, you could always use a suitable ceramic container instead!

Can you boil a cup of water in a microwave?

Boiling a cup of water in a microwave could cause it to explode. Water could be over-heated (perhaps even past boiling point), as it will just keep on heating up for a long as you’ve set it for. So when it is disturbed or moved, it’s likely that the heat will release by erupting violently.

To avoid the dangers of microwaves when boiling water, heat a minimum amount of water and ensure you are regularly monitoring it. Or alternatively use a kettle, which is designed to heat water to boiling point.

What causes a microwave to spark?

Any food that has splattered or dripped in the microwave can continue to cook, causing sparks inside your microwave. Make sure you regularly clean and maintain your electrical appliance. You should also check the manufacturer’s instructions and perhaps contact them directly should you have any concerns around this. 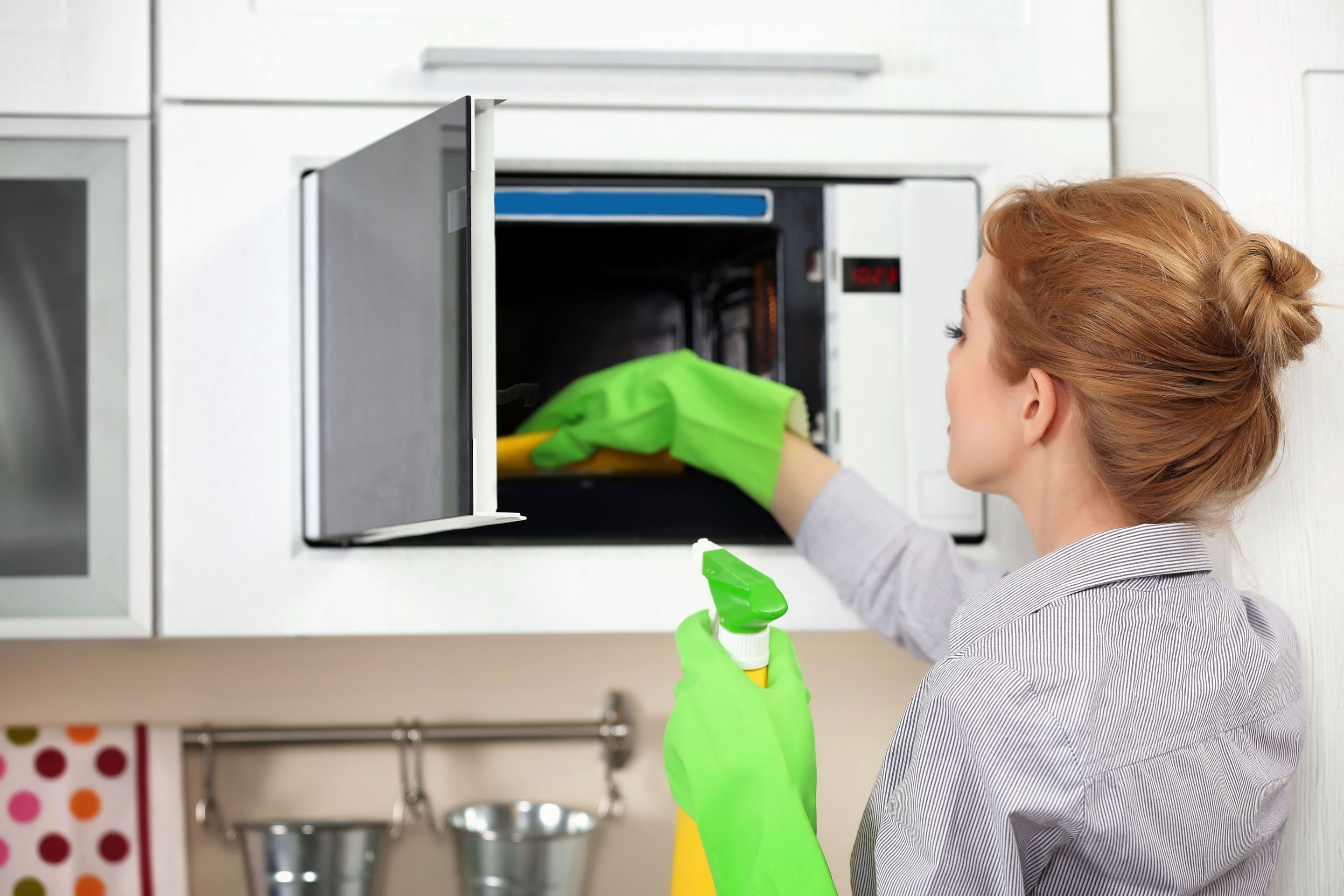 Avoid the dangers of microwaves with our safety tips

There are some key safety tips you can follow to ensure you avoid the dangers of microwaves.