Martyn leads the Charity’s electro-technical team as an impartial centre of excellence for the safety of electrical installations and products - including representing consumer safety interests on a range of British, European and International Committees. Originally trained as an underground electrician with British Coal, he worked in engineering risk-management with Royal and Sun Alliance for 16 years before joining the Electrical Safety Council (the fore-runner of Electrical Safety First), in 2006. He is a Chartered Electrical Engineer and Corporate Member of the Institution of Engineering and Technology (IET). Steve joined Electrical Safety First in 2005, after holding a number of senior positions in the electrical industry for over 30 years. He is responsible for the product safety activities of the Charity, working in partnership with industry, government, local authorities and other key stakeholders. He also represents the interests of UK consumers on a number of European and national Technical Committees. Sadie is the Consumer Policy Manager at British Standards Institute (BSI). She is responsible for transforming the CPI Network[i], in terms of its reach and engagement within the UK consumer landscape and articulating BSI’s policy on consumer and public interest issues. She works with consumer and public interest organizations and stakeholders to ensure the consumer view is well represented at a policy level within BSI and Internationally.

Prior to joining BSI she worked in the consumer movement for more than thirty years, as the senior policy advisor on standards at Consumers International and senior technologist in the test laboratories of the UK’s Consumers Association, Which?

[i] CPIN is an independent organization and a member of CI. It provides the UK consumer voice into standardization.

Paul's experience spans Sales, Marketing, Operational and General management during a career spanning 30 years in the consumer technology sector with a leading involvement in many milestones that have delivered the analogue to digital technology transition and growth of the past 3 decades. Paul is passionate and focused in ensuring that AMDEA, working in partnership with its members and stakeholders, continues to play a leading role in shaping and leading the future of the UK domestic appliances industries.

Paul is also a Non-Executive Director of Certsure, A Trustee of the Electrical Safety Board, a Governor at Kingston Hospital Foundation Trust and a road racing Commissaire for British Cycling. 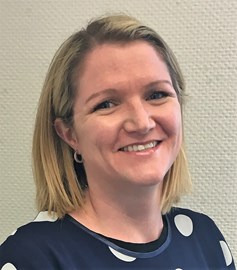 Wendy has worked in the civil service for 16 years. A biologist by background, she started out by managing Defra’s animal welfare research programme. She then spent seven years working on bovine tuberculosis, eventually as head of science in Defra’s bTB programme.

From there she went to work with Defra’s Chief Scientific Adviser (CSA), Professor Sir Ian Boyd, before moving to DECC (now BEIS) in 2015 to work with their CSA, Professor John Loughhead. More recently she was Head of Science for Climate and Energy, before moving to the Office for Product Safety & Standards (OPSS) in August 2018, to create and lead their new Insights Unit. In June 2020 she was appointed  Deputy Director for Science, Engineering & Analysis.

Click here to submit your application for this year's Safety Innovation award.