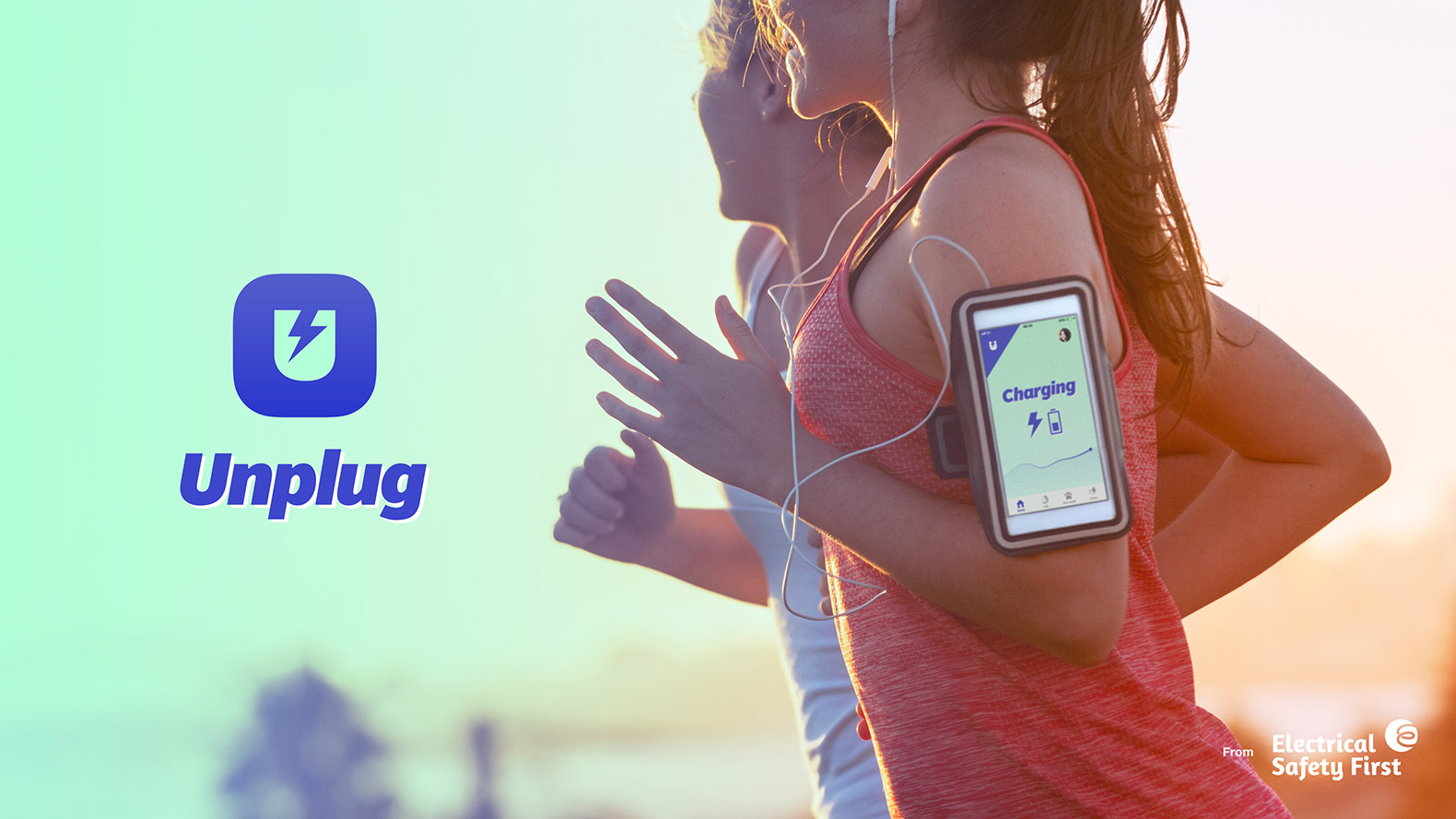 As a part of its campaign to tackle the use of sub-standard and counterfeit chargers, Electrical Safety First has launched a new app that allows people to use the power of kinetic energy to charge their phones while they are out and about.

So, whether you are on a run, walking to work, or even just chasing the kids around – you can now charge your phone without needing to plug a charger into the mains power. And by harnessing the natural energy produced by exercise, users of the app can keep safe as they keep fit! 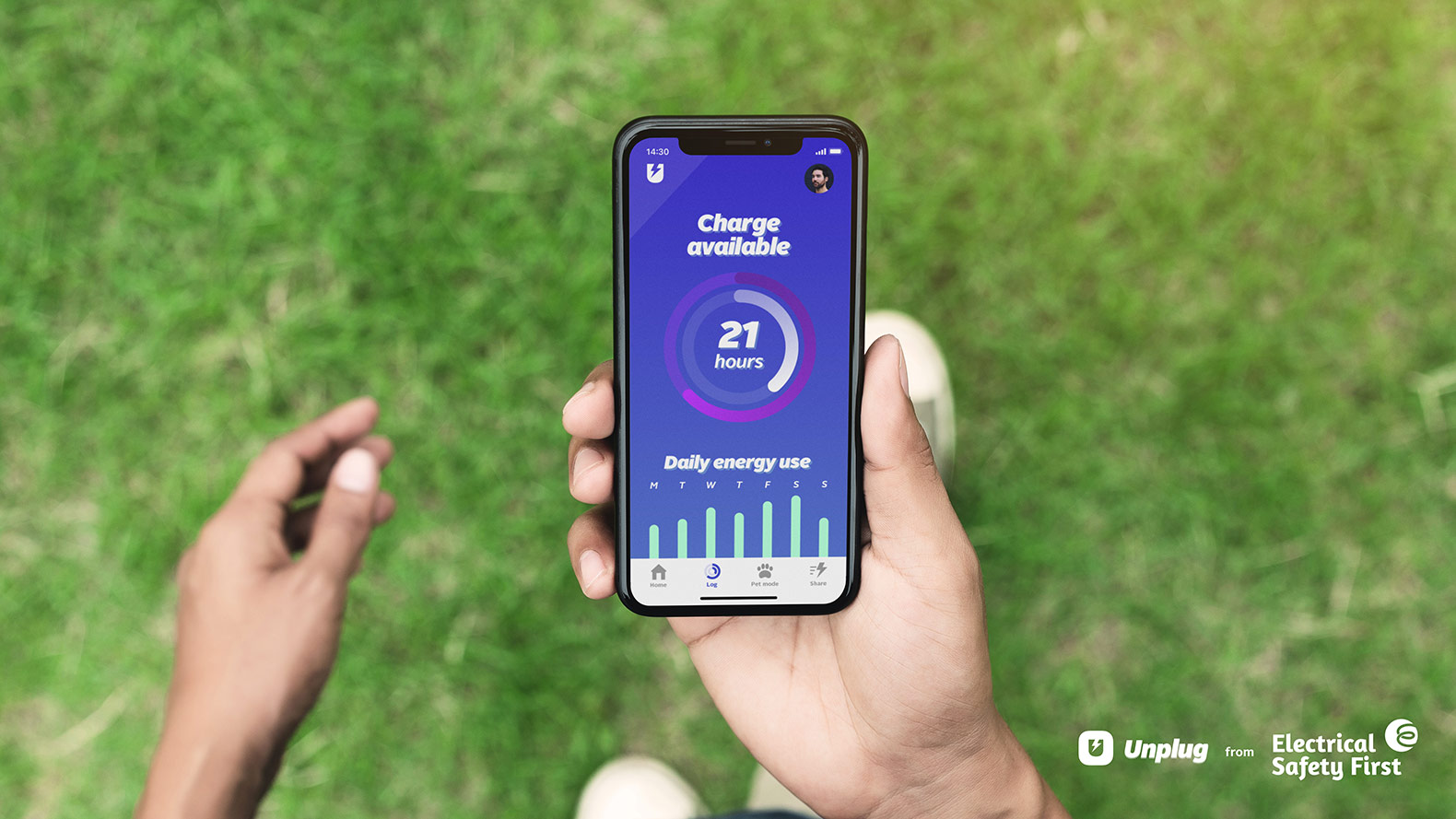 We all know that smartphone batteries can run down quickly as busy people enjoying a “life on the go” use them for far more than just to make phone calls and send text messages – listening to music, gaming and video streaming will all drain battery life, and you’ll find that you need to charge your phone at least once during the day. But, having spent a lot of money on your phone, it’s tempting to buy a cheap back-up charger.

To help us in our campaign to rid the world of cheap, counterfeit chargers, Electrical Safety First has launched UNPLUG. The app uses the power of your kinetic energy and your phone’s accelerometer to charge the battery without needing to use a plug-in charger. The benefits include:

Fits around your daily routine 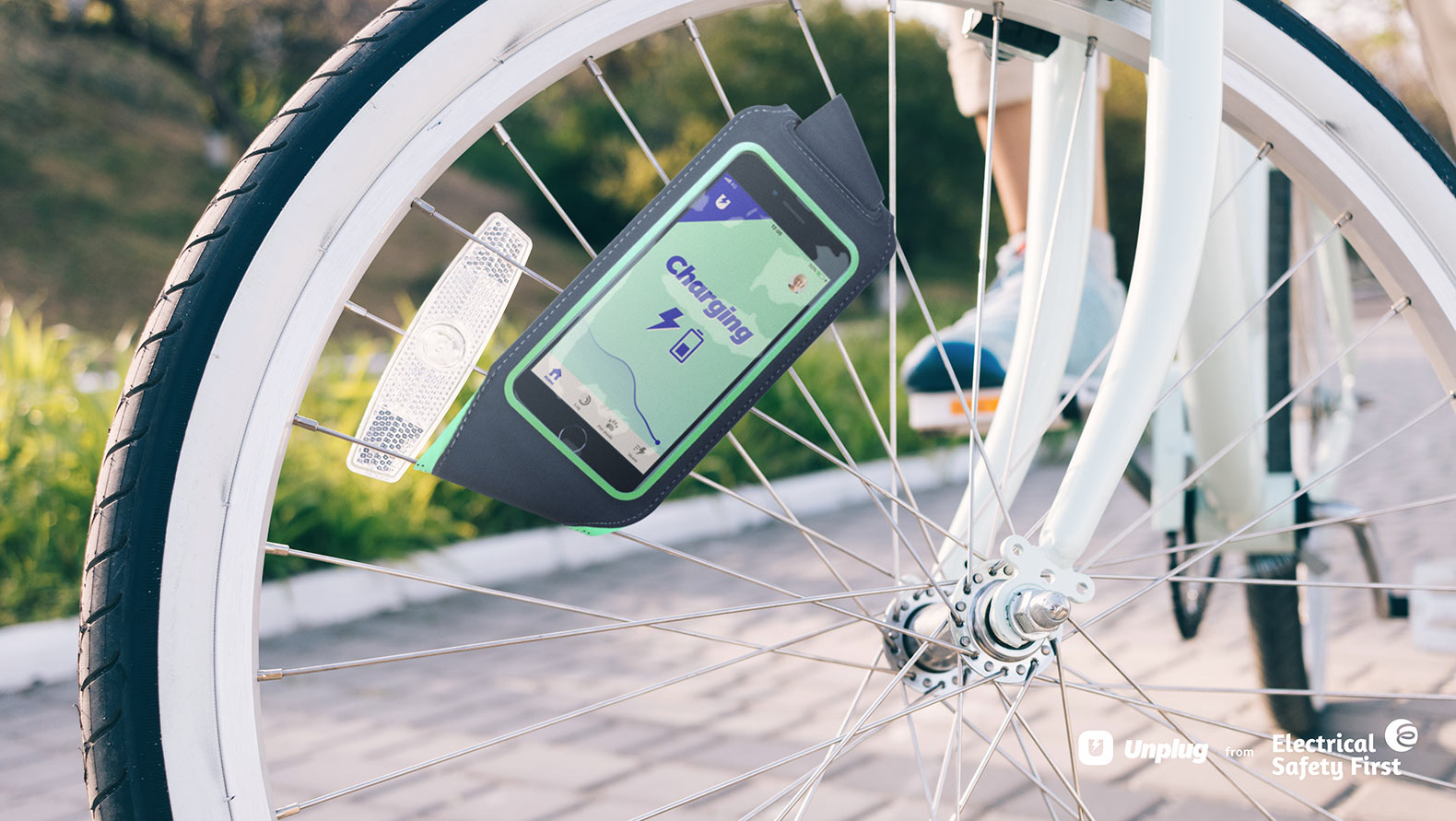 You don’t just have to wear your device on your arm. There are so many opportunities every day to charge your phone with UNPLUG, even as you cycle to work! 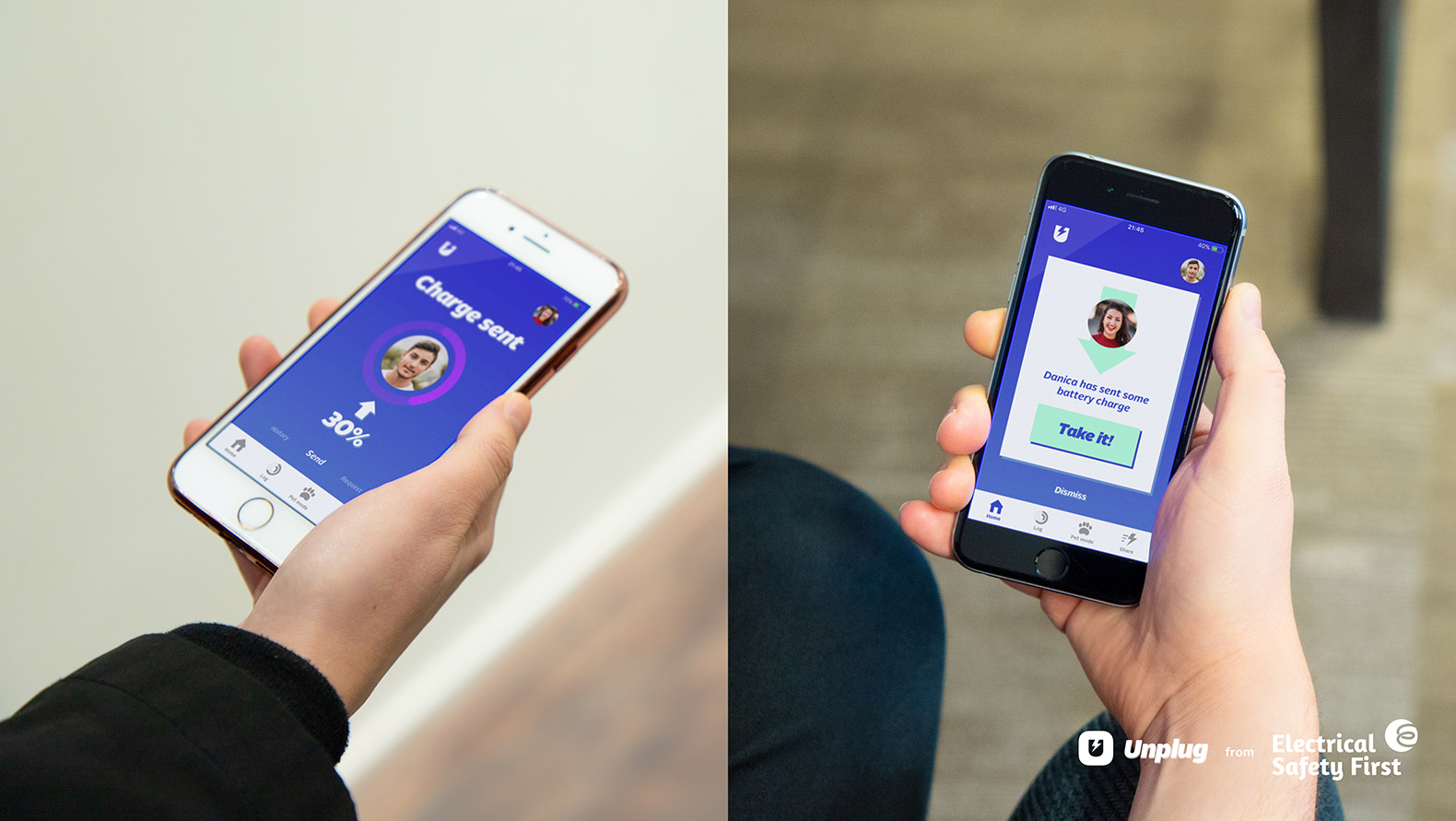 If your friend’s battery is running low, you can spread the love and instantly send some of the power you have accrued to them via the app. 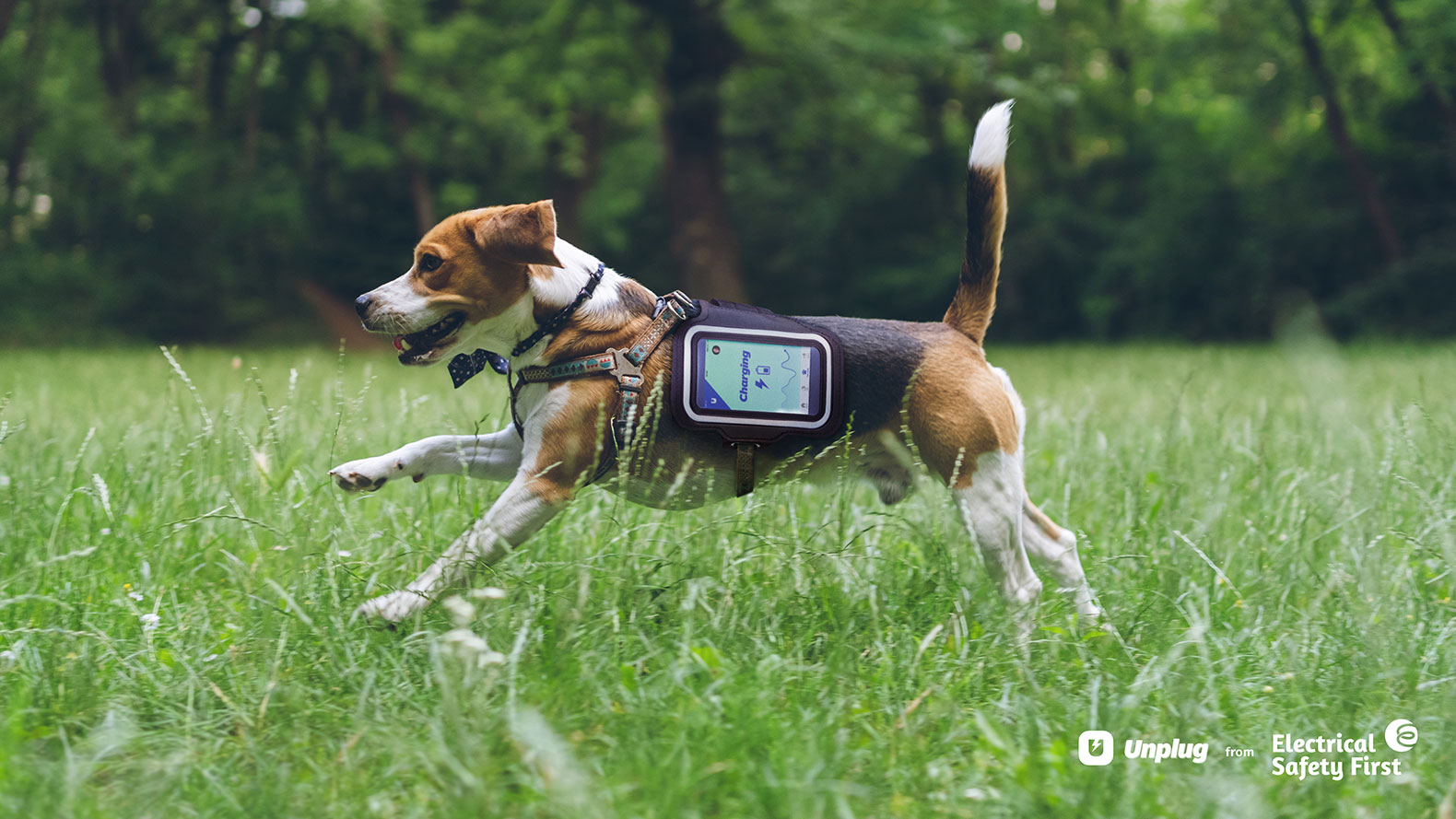 What could be easier than strapping your phone to your beloved pet and let them do the running for you! You can make the most of your best friend’s mad half hours and embrace his frenetic running style with an enhanced gyroscopic mode, giving you even more charge!

You can download UNPLUG for free from The App or Android stores. It’s the safe option for charging your phone – only a fool would use a cheap charger they’ve bought online!

What’s the issue with cheap chargers?

We’ve seen a big growth in online sales, with an 11% increase reported last year. But when it comes to fake electrical products, over 60% are bought and sold online. With 1.8 million chargers sold online in the UK each year, consumers can be tricked into buying fakes as they can’t see the product that they are buying. Online images do not reveal that substandard chargers can contain counterfeit parts, or miss them out altogether.

Last year we tested a selection of fake chargers and 98% of them failed one or more of the safety tests. In the best case scenario the charger will stop working or damage the device it is charging, in the worst case the charger may cause a fire, or give you an electric shock.

This year, International Women’s Day was on Monday 8th March. We introduced you to some of the women...