This year, International Women’s Day was on Monday 8th March. We introduced you to some of the women who make up the Electrical Safety First team – read on to find out about some more of our fantastic team. 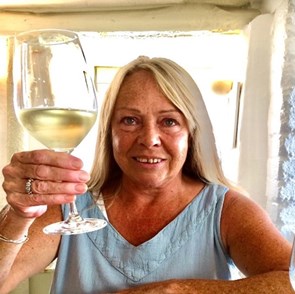 Raising a glass to over 40 years working in electrical safety, Carolyn says:

“It was in the 1970s when I had completed my school exams and at age 17 was offered careers advice. The only subject I was really any good at was sport. In those days I remember a choice of banking, nursing or the police force. I was actually quite keen on the police force but being only 5 foot tall I was too short to apply, I am sure that wouldn’t be a problem today.

My mother is mainly responsible for my decision to build a career in electrical safety. Having grown up in the 1950s she thought that job options for women tended to be low paid and mundane. So, in her opinion I should embark on a career that tended to attract men. It would provide more opportunity, interest and better rewards. So off I went to college to study electrical engineering, I was the only female in the class.

Mum was right about the variety and interest. I have tested in laboratories, I have managed test laboratories and I spent around 20 years at the testing labs for Which? This was a fantastic job which provided an opportunity for me to get involved  in consumer safety issues, including working on electrical safety standards committees. My first European committee meeting in Oslo covered the safety of household electrical appliances. The large room was full, there were six women and around fifty men. I wonder if it is the same today?

I am not complaining at all, it has been fun, interesting and long lived. Thanks Mum!”

Samantha currently works within the communications team at Electrical Safety First and has had several roles within social media prior after studying Marketing at Lancaster University. She is a big fan of musical theatre and can’t wait to get back into theatres when it’s finally safe to do so again.

Growing up, Samantha attended an all girls boarding secondary school where she was able to build strong friendships with a variety of headstrong girls who have all inspired her as she has watched them grow into confident and powerful women in a variety of industries. 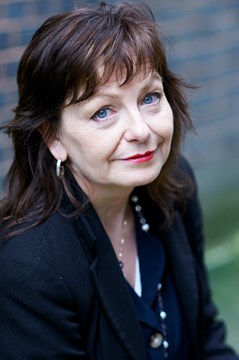 Angela has worked for the Charity for over ten years and is a member of the CIPR and a Fellow of the RSA. She says:

“I’ve worked across the public, private and third sector, at senior level, with previous in depth experience in higher education. At Electrical Safety First, I’ve been developing our Thought Leadership strategy, promoting our safety expertise and ideas about the issues arising in rapidly changing times”

Angela has always had a passion for democratizing knowledge and for making information accessible and transparent. This is best done by building a narrative by finding the story that the data tells, because as humans we love stories.

Her work involves “translating” complex technical or policy material into something easier to read and digest. We live in an age of data overload and the time to keep abreast of a tsunami of information is always limited. However expert you may be in a specific field, clear and straightforward information is always to be preferred.

“Many years ago I was involved in one of the early campaigns encouraging women into STEM (Science, Technology, Education and Mathematics) careers and I now work in what is traditionally perceived as a male-dominated environment. I like to think that the Charity is not only raising awareness of safety, it is also making it clear that stereotypes have no place in our electric world”.

Jennifer joined the Charity at the start of 2014.   Previously she worked in a variety of financial roles for Education Development Trust (another charity), and prior to that for Mars, PwC and KPMG, with whom she originally qualified as a Chartered Accountant - although they weren’t called KPMG all those years ago!

About her career, Jennifer says:

“I still recall wondering whilst at university why anyone became an accountant given I could think of few worse options, so I’m sometimes a bit shocked at where I’ve ended up. But it has proven an interesting and varied road with a surprising amount of overlap with the Chemistry I’d originally studied, intending to be some sort of scientist”.

Outside work, family, grown up kids, grandchild, dogs and "granddogs" keep Jennifer busy, her family would say that the dogs really come at the head of that list.  Until we got locked down at home,  she enjoyed an annual attempt at learning to ski properly.  Jennifer also finds a good DIY project or maybe some knitting or sewing produces something tangible which is a nice contrast to work. 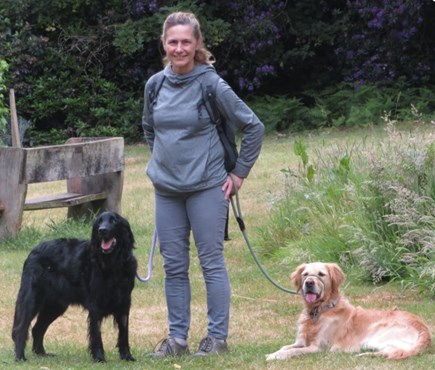 Jennifer takes a break from overseeing our finances to walk her beautiful dogs.

Meet some more of the fabuluos women on our team here. If you would be interested in working for Electrical Safety First, check out our current vacancies.

As a part of its campaign to tackle the use of sub-standard and counterfeit chargers, Electrical Saf...